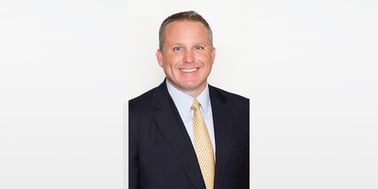 NEW YORK, NY – December 12, 2016 –T&M Protection Resources, LLC (T&M), a New York City-based worldwide provider of security, cyber, intelligence and investigative solutions, is pleased to announce that Chairman & CEO Robert S. Tucker is this year’s recipient of the Eugene R. Fink Award for his contributions to the security and investigations industry. Awarded yearly by the Associated Licensed Detectives of New York State (ALDONYS), the Eugene R. Fink Award recognizes individuals whose work has enhanced the professionalism of the security and investigations industry. Mr. Tucker accepted his honor at the ALDONYS Awards Dinner on Friday, November 18, 2016 at the Manhattan Club in New York City.

Mr. Tucker became principal of T&M in 1999 after having spent nearly a decade in law enforcement management, serving as Special Assistant to the District Attorney of Queens County, New York. In this role, he developed an extensive network of law enforcement contacts in the New York metropolitan area while managing administrative aspects of a major urban prosecutor’s office. Today, as Chairman & CEO, Mr. Tucker is leading T&M to national and international prominence as a sophisticated, multidimensional protection and investigations company that provides corporations and high net-worth individuals with a full range of products and discreet solutions that enable them to respond to the threats and risks of the 21st Century. In addition, among his many professional, civic and philanthropic affiliations, he currently serves as Chairman of the New York State Security Guard Advisory Council and as a member of the Committee on Character and Fitness for the Ninth Judicial District.

ALDONYS is a not-for-profit industry membership association founded in 1950. It is the largest organization in New York State dedicated to representing the interests of licensed private investigators and watch, guard and patrol agencies. Among its chief aims are the promotion of a favorable image of the profession and industry and the development of strategies to continuously elevate industry standards. Mr. Tucker is a current Member and Past President of the ALDONYS Board of Directors.